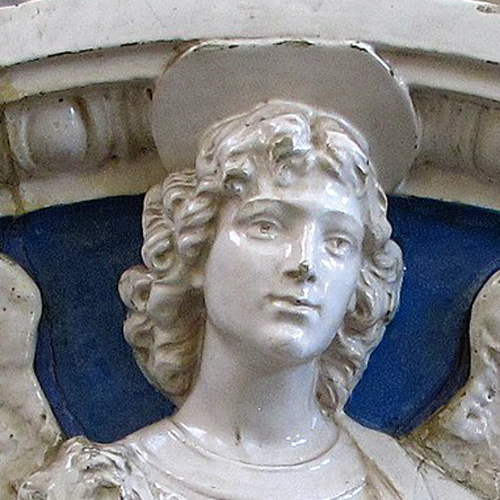 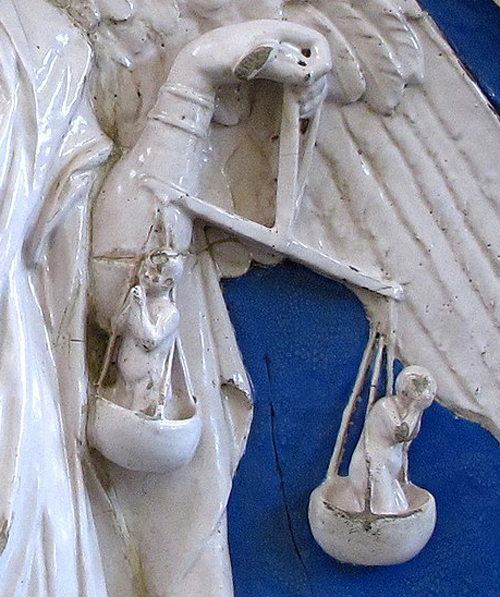 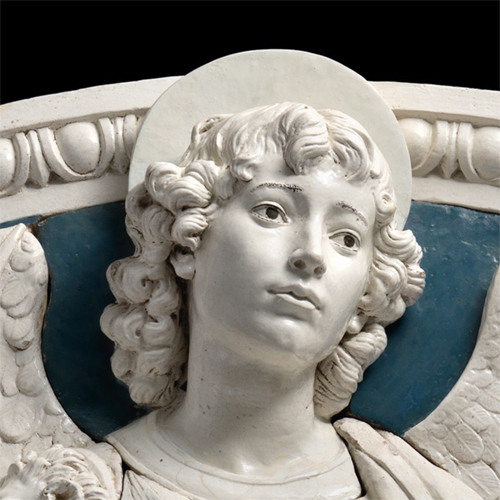 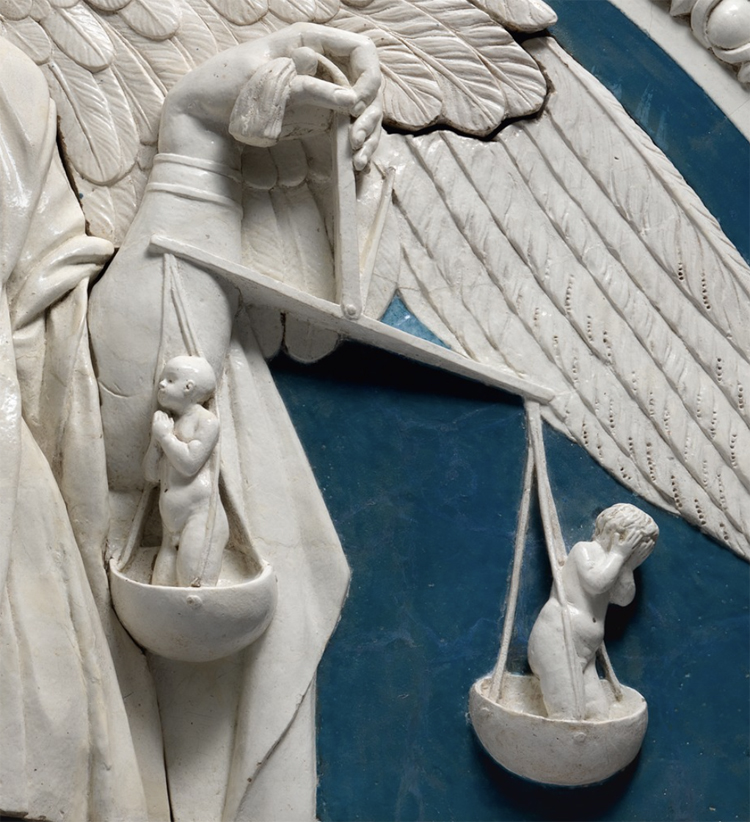 Renaissance Sculpture Damaged in Fall at Met
A glazed terra-cotta relief by the Renaissance sculptor Andrea della Robbia came loose overnight from its perch above a doorway at the Metropolitan Museum of Art and crashed to the stone floor below, suffering serious damage, museum officials said on Tuesday.
The fractured 15th-century sculpture, a 62-inch-by-32-inch blue-and-white lunette depicting St. Michael the archangel in a traditional pose, holding a sword and scales, was found early on Tuesday by a guard on regular rounds.
Harold Holzer, a museum spokesman, said the sculpture, which had been displayed over the doorway in the European Sculpture and Decorative Arts Galleries since 1996, might have done a flip in the air as it fell, causing it to land relatively flat on its reverse side and sparing it “catastrophic damage.”
Officials said that a preliminary examination of the sculpture indicated that it could be repaired. Mr. Holzer said that large pieces, including the archangel’s face, were intact, and that, late in the day, the conclusion was that the piece was “eminently restorable.”
“It looked to me as if everything was very much concentrated inside the frame,” said Mr. Holzer, who saw the sculpture on the ground. But the extent of the damage was indicated by the Met’s decision to keep the room where the sculpture fell closed on Tuesday so that experts could search for any stray small pieces. The bulk of the sculpture was removed to a conservation area late in the day.